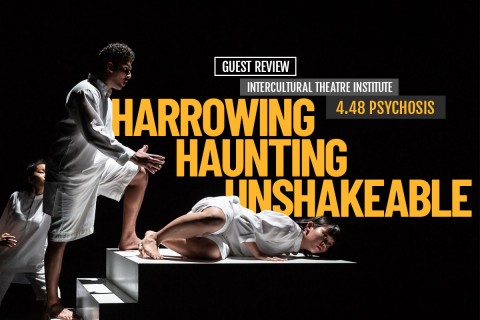 Kane’s play, first performed in London, tackles the playwright’s depression and longing for suicide. Its stream-of-consciousness style digs deep into personal feelings of loneliness and, in director Andy Ng Wai-shek words, “being too passionate about everything and anything” and “loving too much.” His adaptation of Kane’s narrative doesn’t attempt to showcase a monolithic depressed identity, but to allow the audience to “feel the ‘real person’, instead of having their own preliminary assumptions of her.” 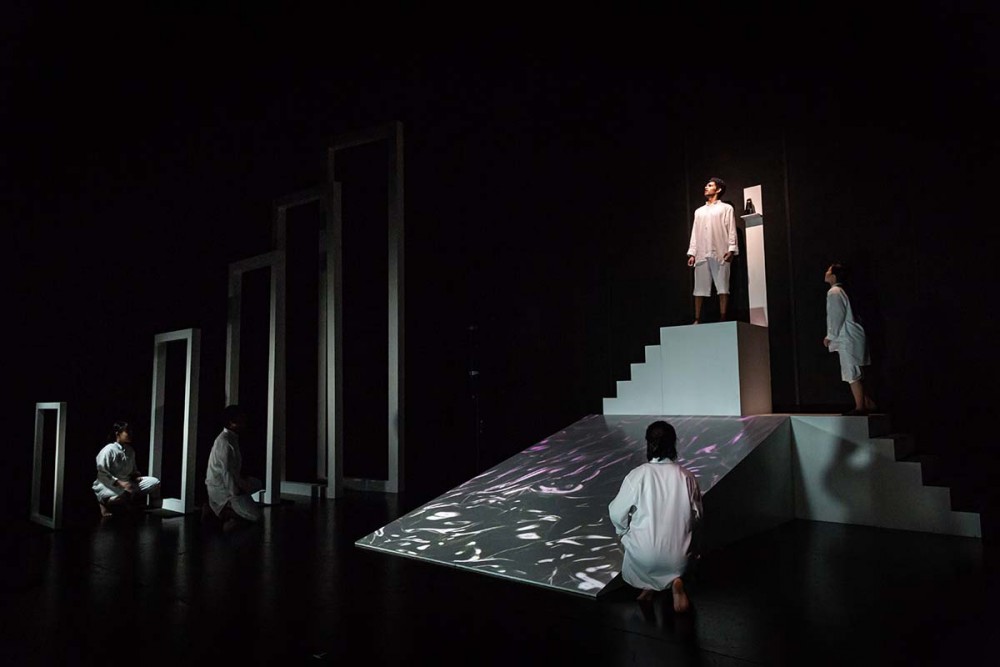 The reveal of her ‘real person’ is approached through the play’s multiplicity of voices. Performed by Kyongsu Kathy Han, Li-chuan Lin (a.k.a. Aki), Prajith K Prasad, Ramith Ramesh, and Rhian Hiew Khai Chin, it puts Kane’s words into the cast’s four mother tongues, creating an image of connectedness and distance simultaneously. The language barrier constructed between the mentally ill patients and their doctor emphasises his lack of understanding and his refusal to acknowledge them as more than their symptoms - patients scream out their feelings in their mother tongues, while the doctor responds in monotonous English.

The playwright’s thoughts become the collective anguish of a group while retaining their solitary nature. The characters share their symptoms, having many of them in common, but never reach any connection, any form of understanding for each other, even when speaking the same language. They stare at each other without seeing, floating across the stage in pain, caught in their own desperation. Kane’s original text, a last plea for help before her own suicide, is reflected in these moments - characters reach out, to each other and to the audience, screaming in unison, never receiving a response. 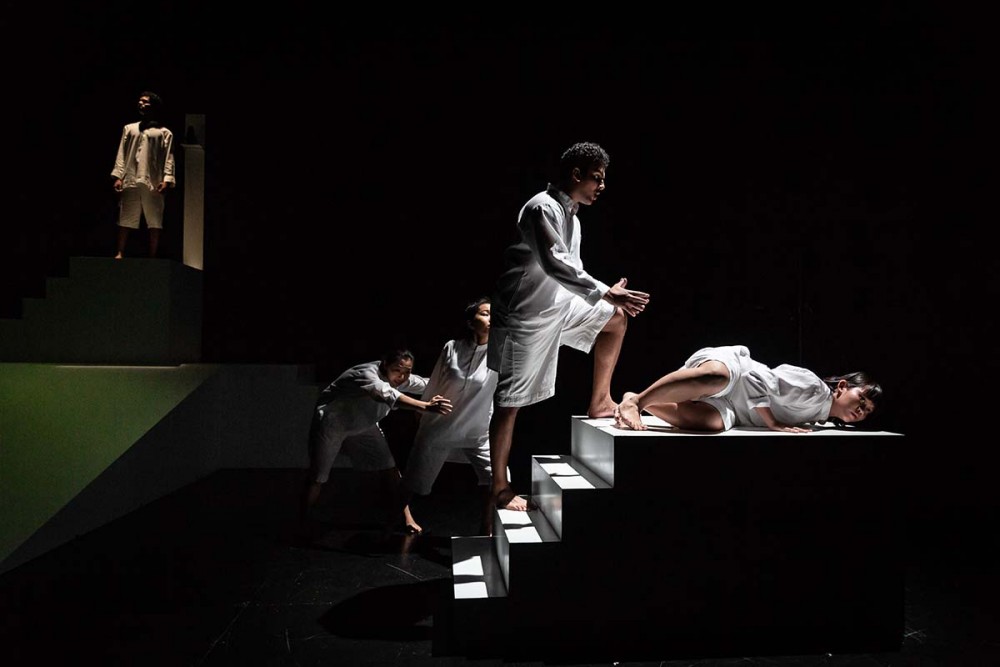 The actors’ bodies contort unnaturally on the stage, emphasising the physicality of mental conditions. Arms and legs twist as each person’s panic intensifies, their minds trying to escape their bodies, their physicality overwhelming. In a rare moment of socialisation, the characters perform an exercise routine, the effort of a standardised group activity and regimented bodily restraint packing a punch. Contrasting this is the complete stillness of characters standing alone on elevated platforms, the space between life and death paralysing them. Their bodies visibly protest the climb with shaky steps, the tiredness of having to fight to stay alive dragging their movements. Upon falling from the ledge, one of them is caught - and proceeds to scream. The contact with the arms that catch her seems to fuse the anguish of her mind with the pain of her body, bringing death and life together once again, and dismantling the notion of mental illness being ‘just in your head.’

Playing with this interconnectedness of mind and body, lists of medicines and their physical effects are dictated in an almost up-beat manner, while patients struggle to move inside rectangular shapes, reduced to clinical cases. Numbers flash across the stage, recalling doses of medicines and minutes left to live, taking on a variety of meanings as the play unfolds. In a final culmination of physicality, the characters shove the shapes that held them, intersecting them in the middle, and abandon the stage with easy steps. The actors never return, leaving the audience in a discomforting stage of uncertainty.

Haunting and performed with striking passion, 4.48 Psychosis paints a picture of loneliness, of longing for stillness, of grieving for the ungraspable. With its harrowing corporeality and eerie shadowplay, this performance seeps into the pores of your skin, becoming an unshakeable part of you. 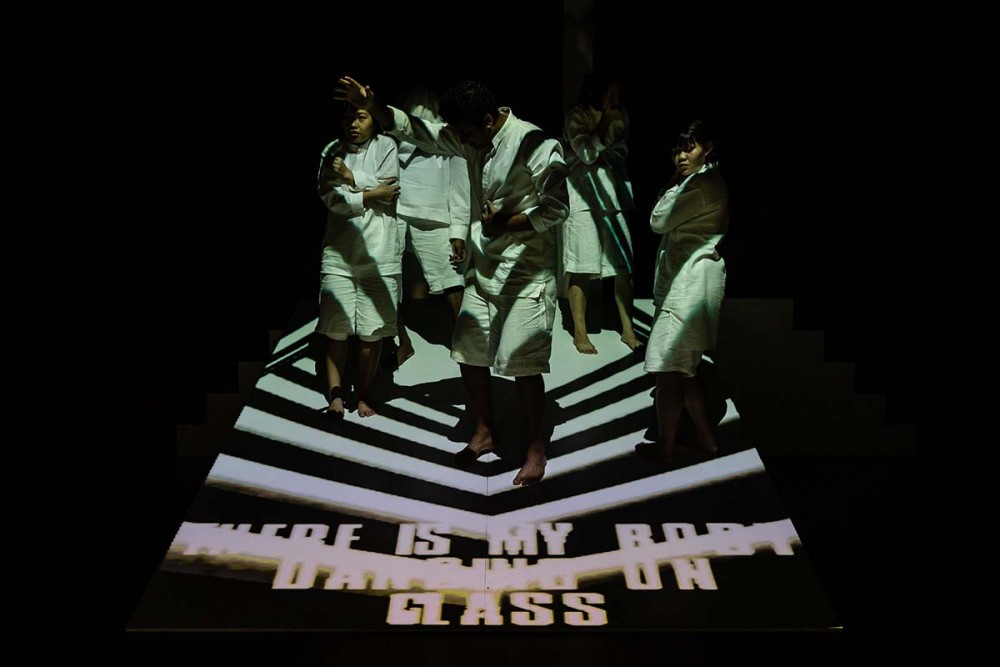