Conversations' is a concert between two great friends and jazz musicians at the peak of their craft, Alex Sipiagin and Weixiang Tan.

They will be engaging in an intimate musical dialogue between trumpet and piano, and you are invited to join them, as they story-tell through music, shaping and building fantastic worlds of music, through their shared love of the jazz tradition and a fierce desire for creation.

The live performance will happen on Monday, 27 June 2022, 8pm at the Esplanade Recital Studio. The music will feature Sipiagin's original compositions as well as the jazz standards that shaped them into the musical individuals they are today.

Jazz festivals worldwide have seen Alex Sipiagin performing with the likes of Dave Holland, Michael Brecker, the Mingus groups, and many more. In 1990, Alex participated in the International Louis Armstrong Competition sponsored by the Thelonius Monk Institute in Washington DC, winning top honors. He has since relocated to New York City.

In 2003 he recorded with Michael Brecker's Quindectet, touring also with the Michael Brecker Sextet. Alex has also worked with Eric Clapton, DrJohn, Aaron Neville, Elvis Costello, Michael Franks, Dave Sanborn, Deborah Cox, legendary producer Phil Ramone, Gonzalo Rubalcaba among other artistes. Many of the recordings he has been involved in have been nominated for and/or won at the Grammy Awards. He is part of the Grammy award-winning albums by the Dave Holland Big Band, "What Goes Around" and "Overtime," Michael Brecker Quindectet's "Wide Angles," and most recently the Dafnis Prieto Big Band's "Into the Sunset".

As a soloist, Sipiagin has more than twenty recordings to his credit including having jazz greats such as Mulgrew Miller and Chris Potter featured in them. He has toured extensively throughout Europe, the United States, Asia and Russia with his own group. He holds a professorship at New York University (NYU), and has residencies at the Amsterdam Conservatory and Academy of Music in Basel Switzerland.

Weixiang ("Wei") is one of the young lions of the Singapore jazz scene. A latecomer to jazz, Wei started piano studies at 15, and jazz at 21 when he was in law school. A protégé of Thelonius Monk alumnus Victor Gaskin, Wei's musical career skyrocketed after his first gig at a hotel lounge in Singapore two decades ago.

Wei's piano-performance credits span major cities around the world, with the biggest names in jazz, including Grammy Award nominees and winners Brian Lynch, Stanley Jordan and Dave Samuels, to name a few. His playing has been lauded by piano virtuoso Jean-Michel Pilc as "ruthlessly inventive." Wei's music is informed by a lifelong commitment to jazz knowledge and history, while being inspired by all things interesting and meaningful in life.

While Wei's work takes him around the world, he is deeply committed to community work. He has supported in depth many charitable associations with interests ranging from helping elephant orphans in Kenya, to supporting children and youths with special needs in Singapore. Wei was named "New Yorker of the Week" in 2008, by news channel NY1, for his performances in homeless shelters.

As an academic, Wei taught as an adjunct professor in New York University and currently lectures at LASALLE College of the Arts. Besides serving as Associate Music Director of Jazz Association (Singapore), Wei is also the Deputy Head of Music and Drama Company, leading a passionate team of talented artists and producers. Earlier in January 2022, Wei became a Fellow of the Royal Society for the encouragement of the Arts, Commerce and Manufactures (FRSA). 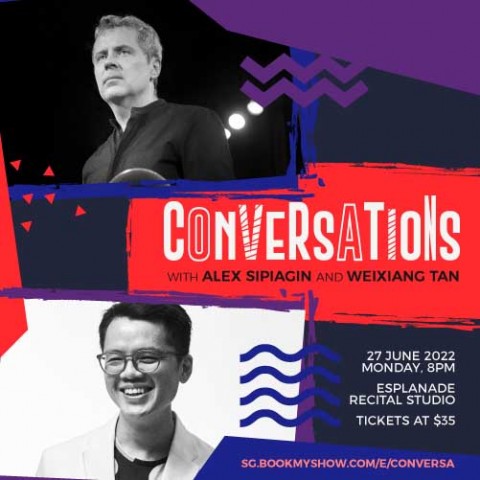