London, 2012. Women will step into the Olympic boxing ring for the very first time. As Chloe trains for the fight of her life, she is sucker-punched by two life-changing events. In a man's world, can she prove she's still worth the title?

Haque Centre of Acting and Creativity (HCAC) is a professional acting studio in Singapore. Run by founder Kamil Haque, HCAC has over 2000 acting alumni, ranging from creative double-lifers to professional actors. Many who have benefitted from their training at HCAC have gone on to appear in Hollywood films, stage productions, television shows and commercials around the world.

There are no physical tickets issued. Your receipt will serve as your e-ticket. Seating arrangements will be on a first-come-first-serve basis, subject to changing SMM policies on show day. No mingling between performers and audience during and after the show. All audience members have to be fully vaccinated as well as masked throughout. 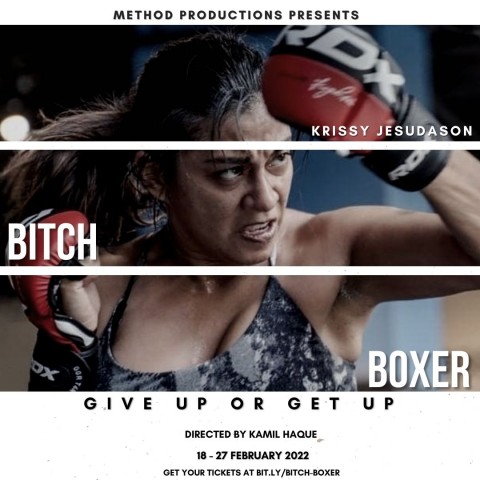