The Curious Forager: A Study of Weeds (Second Edition) is the art book that that Wendy intends to release to the public in its fullest form. The first edition that was self-published (in limited editions of 200) and launched independently in November 2020 was a prelude to this version of the book, which sold out within 2 months of release. This revised edition, that will have an accompanying Foreword written by a special guest, is a 125% expansion of the previous title with 50 new illustrations and more text tackling the issues of mental health and emotional literacy.

The book was conceived during a period where the artist began to look inward for answers as she was struggling to make sense of the complexity shrouding her external world. This primed her sensitivities to the subtle, intricate order of nature. As she stepped into the overgrown plot enveloped by creepers and visiting moths, she caught herself deliberating over removing the group of wild flowers and berries that flourished in its then current state. This incident triggered an inquiry into the classification and definition of weeds, where many were harvested and regrown in individual containers to observe their propagative behaviours. After which, these plants were sampled, pressed and painstakingly printed into a series of experimental monochromatic monotypes.

The process of sorting the weeds in a tactile manner provided the artist with several perspective shifts that was both meditative and healing, conveyed through a combination of illustrations and prose, eventually putting an end to a depressive state that has plagued her for a decade. This was a publication not only pushes the genre of pictures books with unconventional printmaking techniques alongside digital illustrations, but also explores artmaking as a tool in gaining clarity and healing from past traumas.

About the artist
Wendy Mack is an independent creative who makes niche art/illustrated books based on her direct observations and experiences in search of the truth of reality. She graduated from LASALLE, College of the Arts with a BA(Hons) in Arts Management in 2015, and more recently from 3DSense Media School with a diploma in Digital Design & Illustration in 2020. Her work is tactile in nature, and she loves to craft objects out of clay, yarn, textiles, paint, printmaking, and collage. 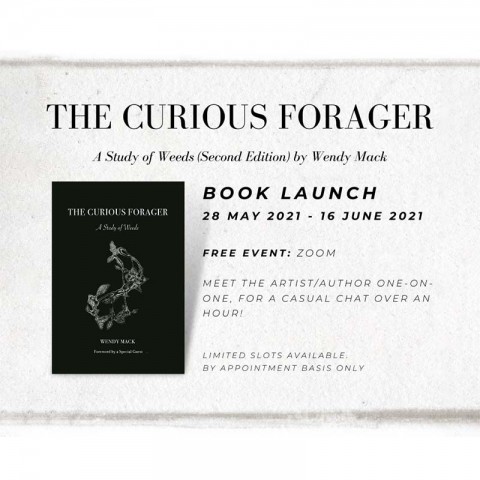