In this edition of NEW WORKS, our Jalan Besar Writing Residency writer-in-residence Victor Fernando R. Ocampo explores the history of speculative fiction in Singapore. NEW SURVEYS / NEW WORKS will be a lecture, featuring Victor's findings from his paper, titled "The Roots of Singapore Speculative Fiction: An Initial Survey of Works that appeared before the SF Anthology Fish Eats Lion."

Fish Eats Lion (Math Paper Press, 2012), edited by Jason Erik Lundberg, was arguably Singapore's first major anthology of speculative fiction. However, stories with elements of the fantastic have existed in the literature of the island long before it became a city-state. From early legends in the Malay Annals, to the forms of literature that were introduced and evolved during the early colonial period, to the rise of modernism and post-colonial writing that arrived decades before the birth of the republic, "speculative" fiction that explores the human condition through the unreal or the otherworldly continues to thrive and to grow because it speaks to something deep within readers that cannot be addressed by realism.

This paper seeks to trace the roots of speculative fiction in Singapore, acting as an initial survey of proto and early works and situating them within their historical circumstances. Join Victor on Facebook Live as he delves deep into his findings on speculative fiction, and its deep roots in the history of Sing Lit!

To make this edition of NEW WORKS accessible to all, there will be no ticket fees. If you would like to help Sing Lit Station develop writers and provide them opportunities to showcase their work, do consider a donation to Sing Lit Station at https://www.giving.sg/singlit-station. Every dollar counts!

About the Writer:
Victor Fernando R. Ocampo is a Singapore-based Filipino writer. He is the author of the International Rubery Book Award-shortlisted The Infinite Library and Other Stories (Math Paper Press, 2017) and Here be Dragons (Canvas Press, 2015), which won the Romeo Forbes Children's Story Award in 2012. His play-by-email interactive fiction piece "The Book of Red Shadows" debuted at the Singapore Writers Festival in 2020. Visit his blog at vrocampo.com or follow him on Twitter @VictorOcampo.

About the Residency:
The Jalan Besar Writing Residency selects 2-3 Singapore-based writers every year and grants them full access to our office to work on any form of literary creation. Towards the close of their Residency, our Writers-in-Residence will be obliged to hold a public-facing programme (i.e. talk, workshop, reading) to commemorate the end of their time with Sing Lit Station. 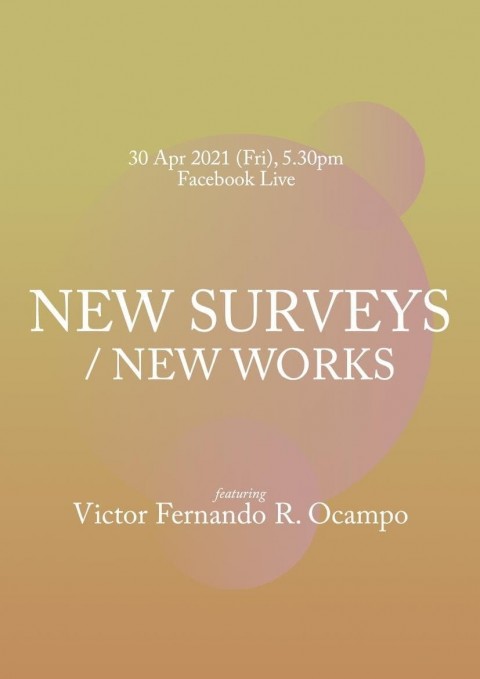