Special features: It's Not About The Numbers | SIFA 2021 | The Studios 2021 | SingLit | SgWritersFest
Theatre

Organised by: The Esplanade Co Ltd
Performed by: INDEX

The Esplanade Theatre, as it is.

A room on its own.

A room of its own.

#THEATRE is a site-specific conversation between design collective INDEX and the Esplanade Theatre. The stories and memories of the theatre space drift invisibly within the room—hanging in the air, lingering on the walls and settling in the crevices. Seeking to unravel these hidden textures, #THEATRE is a personal dialogue with the theatre itself, made with the ephemeral language of light, sound and space.

Helmed by lighting designer Lim Woan Wen, alongside spatial designer Lim Wei Ling and sound artist Darren Ng, the work by these award-winning artists is an ode to the Theatre, following the unprecedented closure of performance spaces earlier in 2020. A poignant response to these strange times, #THEATRE is a poetic meditation on a place of assembly that has been isolated in a liminal pocket of solitude.

Seated on the empty Esplanade Theatre stage and dwarfed by the contrast in scale, the audience will experience the quiet magnificence of the architecture, immersing themselves in a grand yet intimate journey that evokes the histories and energies that live in the theatre space.

Finding common ground in quiet aesthetics and a subtractive work ethos, the collective focuses on design-centric installations and performances, using space, light and sound to weave meanings and narratives.

The first work by the collective was the performance installation titled IN:dex, presented at the Esplanade Theatre Studio as part of the RAW platform at The Studios 2013.

About Lim Woan Wen (lighting designer)
A graduate from the National University of Singapore's Theatre Studies programme, Lim Woan Wen received the inaugural National Arts Council Arts Professional Scholarship in 2001 and trained at The Hong Kong Academy for Performing Arts in stage lighting design. She has won multiple Best Lighting Design awards at The Straits Times Life! Theatre Awards and was conferred the Young Artist Award in 2011 by the National Arts Council. Lim divides her time between freelance projects, working with The Finger Players as their associate lighting designer and making work as one-third of the design collective INDEX.

About Lim Wei Ling (spatial practitioner & educator)
Lim Wei Ling explores her work in the periphery of architecture across the fields in art, design, pedagogy and method. She is part of the design triumvirate INDEX and a co-founder of DO Agency, an architecture/spatial collective. Lim is currently a senior lecturer at Nanyang Polytechnic's School of Design. In 2009, she was selected to be a Creator-in-Residence at Tokyo Wonder Site and has since also exhibited at the Singapore Arts Festival, London Design Festival and Milan Design Week.

In 2007, Lim and her team won the President's Design Award for The Finger Players' production 0501. Over the past decade, she has won multiple awards, including the Red Dot Design Award, for work with her students. Her current exploration with c o o p, an architecture collaboration between DO Agency and Nanyang Polytechnic has also garnered several accolades like Singapore Design Award (Gold), Singapore Good Design Mark and Cities of Love Award.

About Darren Ng (sound artist & music composer)
For the past two decades, Darren Ng has designed sound and composed music for over 250 arts productions, and has received multiple Straits Times Life! Theatre Awards for Best Sound. As a music composer who goes by the pseudonym sonicbrat, he is signed to Kitchen. Label and represented internationally by Phantom Limb and P*dis. Ng has also been invited to perform solo or showcase his sound installations in numerous prestigious international music and arts festivals across Europe and Asia. He has been Associate Sound Artist and Music Composer for The Finger Players since 2004 and is one of the co-founders of design collective INDEX. Ng was conferred the Young Artist Award in 2012 by the National Arts Council. 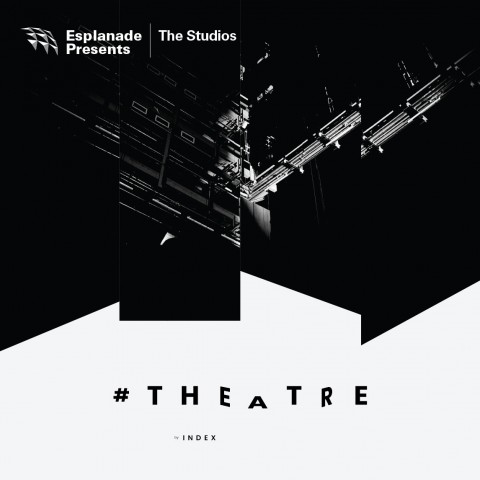