Read in Malay with accompanying Malay text and English sur-titles.

Due to limitations of the digital platform, the session is to be viewed on laptop/desktop only.

Aidli Mosbit's impact on contemporary Malay theatre is unquestionable. Known to many as 'Kak Alin', she has been a pivotal mentor for key figures in the industry for at least two generations. A playwright and a director, her works are bodacious, loud, and with a unique taste of songs and music. In the last twenty years, she has become a forced reference when speaking of female voices and representation in theatre, due both to her unique charisma as a leader and educator, but also as a craftswoman of powerful characters on the stage.

The creation process for this iteration of Ikan Cantik was accompanied by a recollection of its original staging in 1998. As part of the production, Alin asked six young female actors to shave their head but this was severely condemned by the Islamic community. The memory of that experience remains painfully present in the actors' memories, as some of them recollect how the situation affected them personally. The play has never been re-staged.

How do we read these characters now, twenty-two years on? Has the Malay woman been empowered enough? Has she regained control over her body? Join us in this wonderful read, which promises to be both a walk down the memory line and a reality-check as we face the future.

The play will be read by Elnie S. Mashari, Emanorwatty Saleh, Esther Yap, Farah Ong, and Rafeyah Abdul Rahman (Yaya), who were all part of the original ensemble. They are joined by a key representative of the new generation, Suhaili Safari.

Ikan Cantik is a tapestry of 6 episodic playlets performed by 6 actresses examining the age-old idea of beauty. Combining poor theatre, Brechtian techniques, Sandiwara Radio, puppetry, physical theatre and many more, the play meditates on the issues such as the historical (mis)representation of women, gender roles and sexuality, women in popular culture and the biases, privileges of female power dynamics. Fun, bawdy, emotive and sometimes intense, Ikan Cantik is an attempt to open the clasps of the baggages that women carry with them and briefly allow us to look inside. 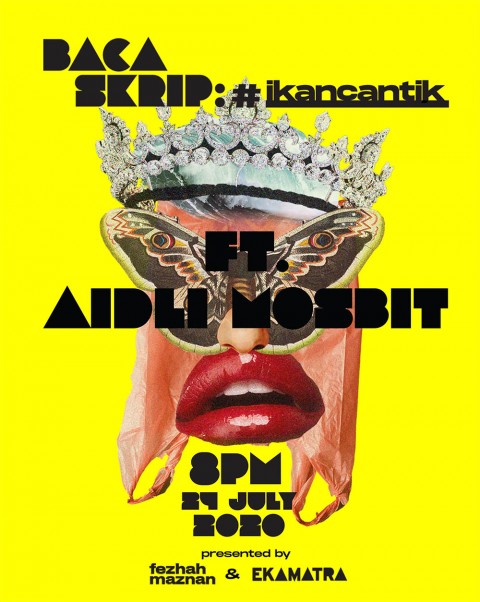