Berak chronicles the aftermath of a suicide: A grandmother bargains with divine powers to release her son's soul from hell. Failing which, she brings him home; she takes over the reins of bringing up her granddaughter, while keeping her daughter-in-law at bay, saving the granddaughter all for herself. She tries to instill in her granddaughter that death is merely a joke, that there's nothing to cry about as she takes her on a mind trip towards the underworld and purgatory. These personal fantasies of the afterlife are challenged however when her granddaughter contracts a terminal illness. The never-ending days of mourning are brought to lurid 3-dimensional, high-definition life as the agonizing wait for the ultimate redemption is an imprisonment in the realm between living and non-living on earth. Berak is a transcreation of Poop, originally written by Chong Tze Chien and produced by The Finger Players. 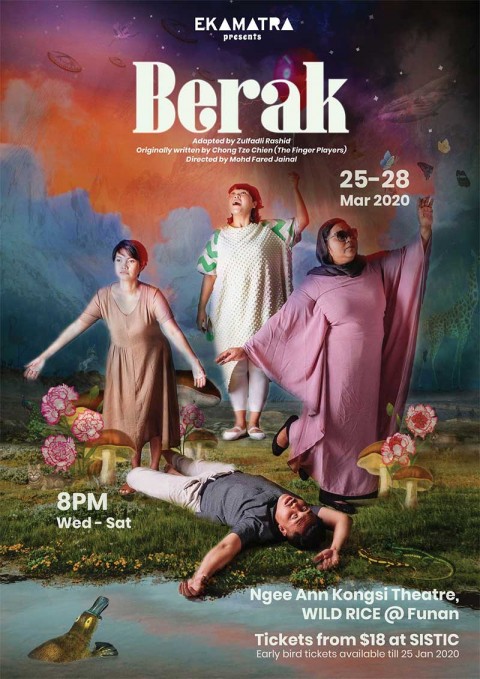