The National Youth Film Awards (NYFA) is open for submissions from now till 30 April 2020.

This year's edition will accept submissions under both Media Student and Open Youth categories. Participants aged between 15 to 35-years old are free to submit their Documentary, Animation, and Live Action films.

Up to 60 films will be shortlisted and each of these films will qualify for award titles such as Best Sound Design, Best Editing, Best Original Music, and more.

This year's winners will stand a chance to embark on a regional learning journey at events such as the Golden Harvest Awards and Short Film Festival, and SeaShorts Film Festival. Their films will be screened at these recognised events, and they will have the chance to network and learn from regional filmmakers at forums, workshops, and exhibitions.

Winners will also be invited to pitch their stories for an anthology of short films, where they will be given a $20,000 seed fund to produce a short film each. 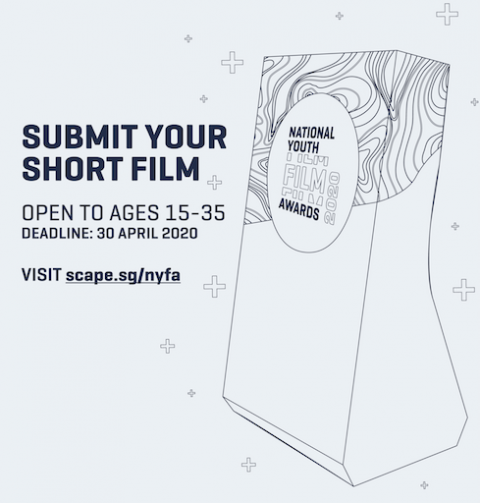