Organised by: Esplanade – Theatres on the Bay
Performed by: Jessica Lu

Known for her ability to display the expressive potential of the traditional Chinese instrument, sanxian musician Jessica Lu debuts her milestone concert Strings of Time at Esplanade, as she celebrates two decades of performing!

One of the rare few virtuosos of the sanxian, the much sought-after musician will present a programme that will take us on a journey through time and open our ears to the versatility of this instrument with new compositions inspired by classic works such as Spring South of the River, Night Thoughts, and fusion jazz piece Shakti's Dance.

From traditional sounds to world music and even new compositions, witness and hear how Lu innovates and revitalises the sanxian's characteristic resonant tones with her band at Huayi 2020!

Lu fell in love with the sanxian under the influence of her sanxian professor father. She was accepted into Shanghai Conservatory of Music at the age of 14. Lu subsequently graduated from the China Conservatory of Music with a Bachelor's Degree in Sanxian Performance. Lu has since then captivated audiences in the region and around the world with her energetic presence and has represented Singapore at various music festivals including WOMAD Festival, Chicago Jazz Music Festival, Japan Asia Music Market and Edinburgh International Music Festival. 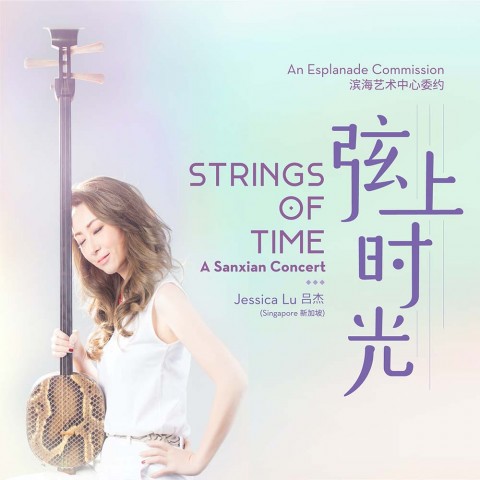