This year's festival features a concert commissioned by Esplanade, in which headliners Bangalore-based carnatic rockers Agam will perform an exclusive segment with celebrated Hindustani vocalist Kaushiki Chakraborty. Dance maverick Aditi Mangaldas returns to Kalaa Utsavam, this time with Inter_rupted, a work that showcases her signature blend of the classical kathak tradition, contemporary dance elements and theatre design. The Lost Wax Project is a contemporary dance work by young choreographer Preethi Athreya—who has been trained in the classical form of bharatanatyam—that seats the audience around an intimate, circular stage. The Threshold is an intimate musical conversation which sees artists Pallavi MD and Bindhumalini celebrating the lesser-known journeys of remarkable women across continents and spanning generations.

Bollywood music fans can look forward to the Singapore debut of composer, singer and lyricist Amit Trivedi, who is often touted as the torchbearer of the new generation of pop music. Meanwhile, Actors Ensemble India Forum also makes its Singapore debut with Ultimate Kurukshetra, a side-splitting comedy and a modern take on the epic Mahabharata. The Guitar Prasanna Trio makes its debut at the festival in a concert that showcases their signature musical style that marries Western genres such as rock, metal, blues and funk with carnatic music.

Over the years, the festival has journeyed with many of our Singapore artists, supporting them in their artistic evolution. Kalaa Utsavam 2019 continues to be a platform for many artistic firsts. With Bhaskar's Arts Academy, the festival co-produces Marabu – The First Ripple, the group's first venture into the dance-theatre genre, presented as the first of a trilogy. Swarhythm Ensemble, a multi-ethnic group of talented Singapore musicians founded and led by accomplished tabla artist Nawaz Mirajkar, will launch their first album in a concert. Homegrown Hindi band The Band Walle, who were part of Esplanade's Fusion Beats Mentorship programme last year, returns to the festival with their first ticketed concert. In Airavata and his Mammoth Task, children will be inspired by the tales of the King of Elephants and the brave and loyal vehicle of Lord Indra. 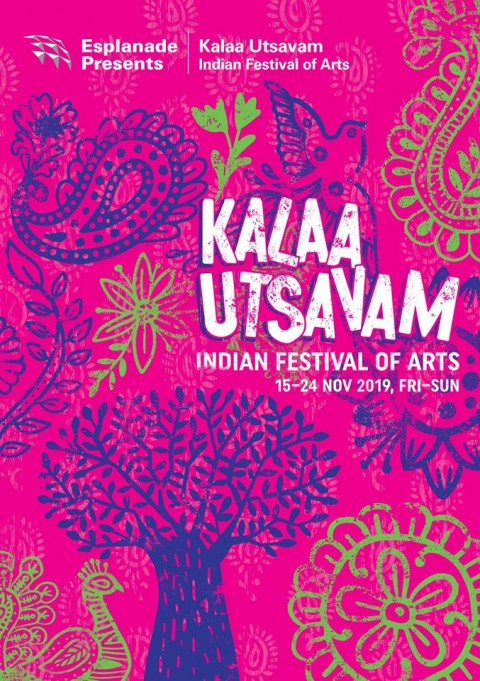