Often the first step for young film talent, film school is seen as a stepping stone into a industry and a marker of artistic calibre. A panel of select film professionals will share their experiences and insight into the inner workings of these film school beyond their prospectus. Hear first-hand how these local and overseas cinematic institutes have opened up opportunities and equipped them for life in the industry and beyond.

Low Ser En is an award-winning Singaporean producer, whose live action and animated short films have been screened and won awards at over 60 international film festivals, including a British Academy Film and Television Award for Short Animation, for her film Poles Apart. She completed an MA in Producing at the National Film and Television School, with a scholarship from the Infocomm Media Development Authority of Singapore and mm2 Entertainment.

Ghazi Alqudcy, is an independent filmmaker based in Singapore. Ghazi had directed more than fifty short films and produced two feature length films. He produced the feature length omnibus documentary 'Lost in Bosnia', which was highlighted by CPH:DOX as a "collective poem about the very act of filmmaking at a critical, (film-)historical moment in time." 'Temporary Visa' marks his directorial debut for a feature film. He has a keen interest in exploring daily life in Cinema. He has a Master's Degree from film.factory / Sarajevo Film Academy under the tutelage of Béla Tarr. Ghazi's motto had always been, 'Buy less t-shirt and make more films!' 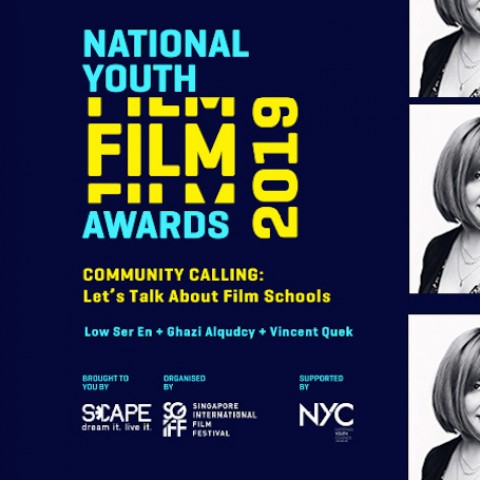