It was lauded as "a special production that should not close until every person in the nation has seen it" by The Straits Times when it made its remarkable debut at the Singapore Arts International Festival in 1992.

If you enjoyed popular playwright Michael Chiang's hit comedies Army Daze, Beauty World, Mixed Signals and High Class, you won't want to miss his most critically-acclaimed comedy. Bearing all his signature laugh-out-loud situations and snappy punchlines, Private Parts is a wild comedy that explores gender complications, with a dizzy dose of TV histrionics tossed in for good measure.

Set in 1990 Singapore, the inventive story traces the misadventures of a popular talk-show host, Warren Lee, who mysteriously turns up at a sex-change clinic. There, he encounters the tart-tongued Mirabella, the light-headed Lavinia and the quietly intense Edward. In a bid to boost ratings, he tries to convince his colourful new friends to appear on his TV show, which leads to unexpected consequences... 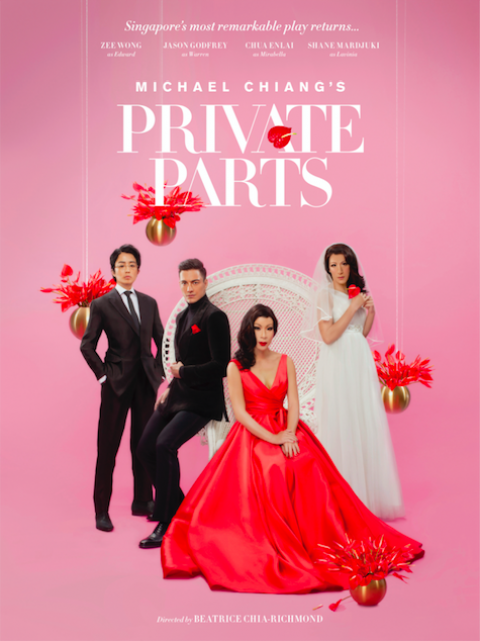