Organised by: The Arts House

This comprehensive collection of images - shown for the first time in Singapore and Southeast Asia - documents the creative life of Wu and how he sought inspiration for some of his most significant artworks. The showcase is organised along three main chapters: Wu's trip to Singapore in the 1980s where he created memorable paintings from the Singapore Bird Park, to the British Museum in London where he staged his solo show – one of the most prestigious platforms in Europe accorded to a Chinese artist in the early 1990s, and finally to Indonesia and Thailand where enchanted by the idyllic tropics, the artist in his 80s painted even more tirelessly.

Unfurling alongside is a deep friendship, admiration and respect between two prominent artists of the contemporary age, one painting with ink and oil and the other with light, that traversed time and geography.

"This is a record of  an artist by an artist. Yesterday may have passed, but the record is still alive, fresh and lucid." —Wang Huaiqing, artist and student of Wu Guanzhong

Hear Chua Soo Bin and art writer Teo Han Wue share their recollections of late Chinese artist Wu Guanzhong and his close association with Singapore and Southeast Asia since the 1980s, which eventually led to his generous donation of paintings to Singapore in 2008. The session is conducted in Mandarin.

Join prominent Singaporean artist and former National Museum curator Choy Weng Yang and Teo Han Wue as they explore the phenomenon of photographers who document the creative life and works of artists. Find out more about the dynamics of such pairings, as well as the challenges and rewards of such partnerships. The session is conducted in English.

Chua Soo Bin (1932-)
Chua Soo Bin wears many hats as an acclaimed photographer, curator and gallerist in Singapore. Upon completing his education at the Chinese medium Chong Zheng Primary School, Chua worked as a lithography apprentice at a printing firm at the age of 17, and then as an illustrator at Papineau, a small advertising firm. His earliest exposure to art came when he attended night classes by Singapore pioneer artist Cheong Soo Pieng at the Nanyang Academy of Fine Arts in the 1950s. From the 1960s to 1980s, he went full fledge into commercial and advertising photography, eventually setting up his own photographic studio in the 1970s managing projects from major clients such as Singapore Airlines. Aside from numerous awards won in his professional career, Chua had also garnered accolades for his personal works, having been the youngest photographer in Singapore at the age of 23 to earn the accreditation of Associate of the Royal Photographic Society of Great Britain (A.R.P.S.) in 1955. In the mid-1980s, he embarked on an intensive project to meet and photograph 14 of China's most established ink painters. The images were compiled in a landmark publication titled Legends: Soo Bin's Portraits of Chinese Ink Masters, which garnered him the 1988 Cultural Medallion (Photography). In 1990, he founded Soo Bin Art Gallery, known today as Soo Bin Art International.

Wu Guanzhong (1919-2010)
Wu Guanzhong was one of the most renowned Chinese artists of the 20th century, and is widely considered to be the founder of modern Chinese painting. In 1947, Wu received a scholarship and traveled to Paris to study at the École nationale supérieure des Beaux-Arts. During this time, he was greatly inspired by the works of European artists such as Henri Matisse, Paul Gauguin, Paul Cézanne, Pablo Picasso, and, in particular, Vincent van Gogh. Over the course of his career, he held solo exhibitions in major art galleries and museums around the world, including mainland China, Hong Kong, Singapore, Tokyo, Taipei, South Korea, England, and the United States. His artistic philosophies such as "the unbroken kitestring" are also inspiring and relevant even to artists today – that art should still be anchored to an artist's context and the social sentiment embedded within."In 1992, his paintings were exhibited at the British Museum, marking the first show for a living Chinese artist at the institution. In 2009, he donated 113 paintings worth $73.7 million to Singapore Art Museum, the highest value donation ever made to a museum in Singapore then.

Teo Han Wue (1945-)
Born in Seremban, Malaysia in 1945, Teo Han Wue graduated from the University of Malaya in Kuala Lumpur with BA (Hons) and MA in Chinese Studies. Since 1971 he has been living in Singapore where he has worked in different fields such as education, journalism and running a private art museum. During the1980s he was the editor of the former Bilingual Section of The Straits Times and head of its translation section. He joined the newly formed National Arts Council in 1991 as a director tasked with arts development, education, research and publication. In 2004 he became the Executive Director of Art Retreat, a private museum incorporating the Wu Guanzhong Gallery. Apart from his various advisory positions in the Singapore Art Museum, National Gallery Singapore, National University of Singapore Museum, Nanyang Technological University Museum and the Istana art collection, Teo writes regularly in both English and Chinese on art for publications in Singapore and abroad. Among the books he has written and edited Legends: Soo Bin's Portraits of Chinese Ink Masters (both English and Chinese editions) remains one of his most notable works. He is currently working with photographer Chua Soo Bin to produce a book on Chua's photographs of artist Wu Guanzhong, which will be published by the National Gallery Singapore. 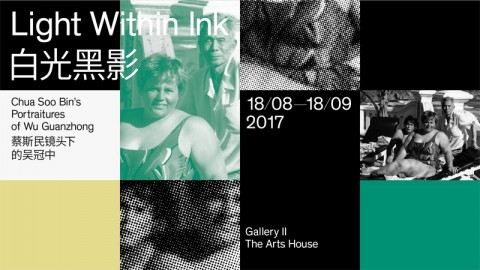