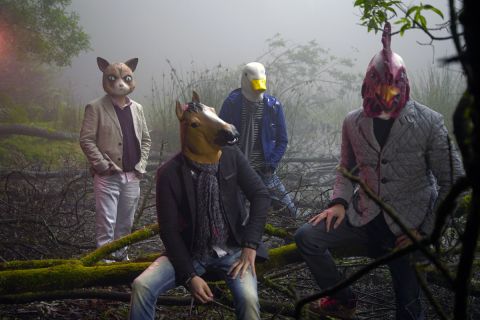 In celebration of their 25th anniversary, the T’ang Quartet will finally launch their first album in more than a decade – Trampled Souls. Featuring Leoš Janáček’s Kreutzer Sonata, Aulis Sallinen’s Some Aspects of Peltoniemi Hintrik’s Funeral March and Marjan Mozetich’s Lament in the Trampled Garden, the album explores various moods and styles, ranging from sheer darkness to bold quirkiness to sublime fantasy. 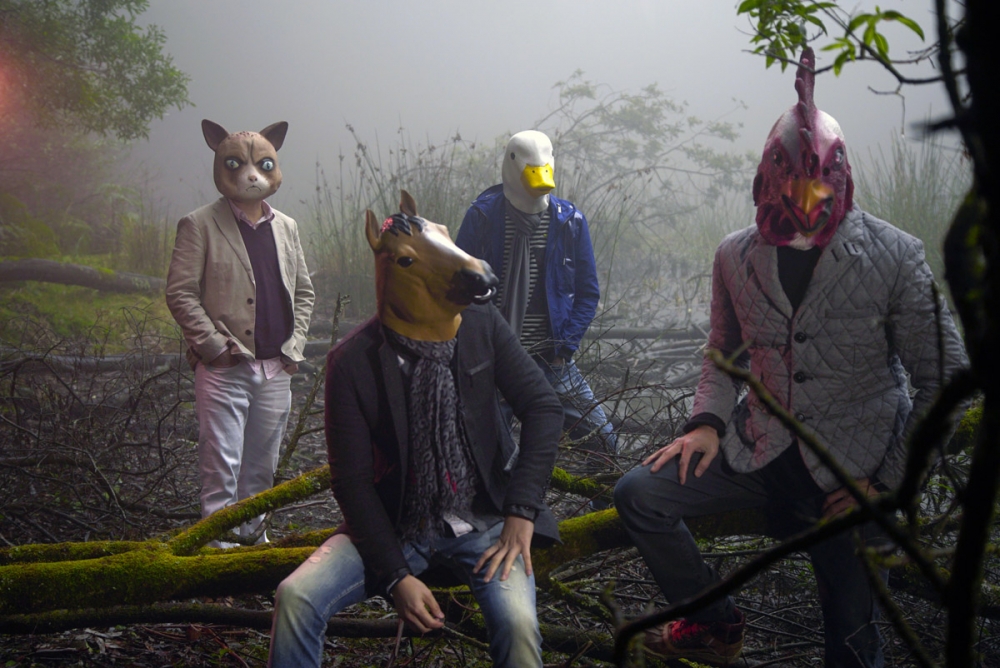 Having listened to snippets of all three pieces, I feel that they complement each other effectively and capture the human condition of contemporary society. The choice to present such experimental and open-ended music is, to me, a particularly effective allusion to the uncertainties and complexities of our time, which eludes literal modes of representation.

After the preview, I had a chance to speak with cellist Leslie Tan to find out more about how the album came together and what it means to the Quartet.

1. What was the inspiration behind Trampled Souls?

The pieces on the album are pieces that we like and feel a certain affinity with. For example, we played Janáček’s Kreuzer Sonata some 25 years ago when we first started our careers and it has always been one of favourites. We also enjoyed Sallinen’s Some Aspects of Peltoniemi Hintrik’s Funeral March very much and have played it in various concert halls all over the world. It was a very effective modern piece of music; since it was written for children, it would be quite easy for a layperson to understand, enjoy, and hopefully use to get into classical music. Mozetich’s Lament in the Trampled Garden is one of those quirky pieces that we loved 25 years ago. This album is a nice compilation of three different pieces that we love, unified by the theme of darkness but also a reminder that light exists on the other side.

2. As you’ve mentioned, the T’ang Quartet played these pieces many years ago and I’m sure that with time and age comes maturity. What do you think the main difference between then and now?

I think, that at [the age of] 1 or 2 – as a quartet – you’ll have a different idea. Everything is more visceral, more immediate. But at 25, you’re a bit more philosophical.

3. What was the curatorial process behind the album? Did the Quartet decide on a theme first? Or did it start with the desire to feature a certain piece?

I think it was mostly due to chance. The Janáček was a good, strong piece that we liked so we started looking for pieces that we could build around that.

4. Why the choice to feature such “contemporary pieces”?

We like the contemporary stuff. The experimental nature of contemporary classical music, being able to dig into our instruments, the kind of energy and rawness lends itself very well to the T’ang Quartet’s character. We are very visceral players, especially in a live setting, so we like that kind of passionate music.

5. Which is your favourite piece from the album and why?

I would go for Mozetich’s Lament in the Trampled Garden because it really reflects life with all its quirkiness and bizarreness. You can see this in our music video with all the animal masks. 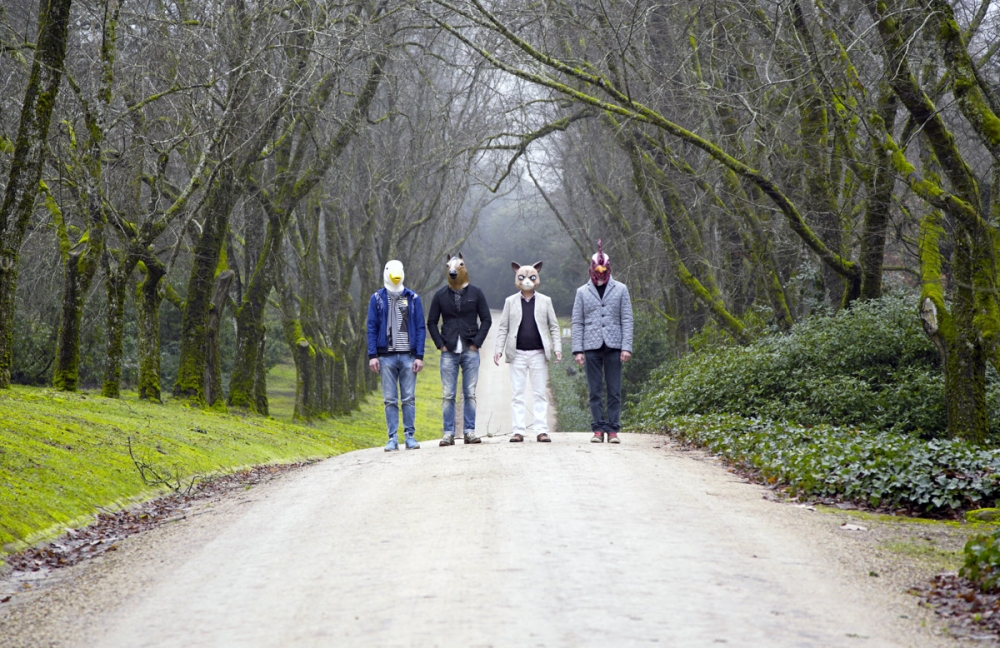 6. Which was the most difficult piece to play for the Quartet and why?

The Janáček, because the musical language is quite abstract and very truncated. He packs everything – short phrases, sound effects – into movements that only last for about 5 minutes. You need to get the balance right otherwise it becomes very noisy and people don’t understand the drama. Revisiting something that you’ve played before is difficult because musicians tend to get caught up in established habits so there are lots of discourses and arguments about how to go about performing the piece.

7. Chek Meng (second violinist) also mentioned that this album is a reflection of where you guys are as musicians. How would you describe that?

There is a sense of the journey that we have taken. If you want to be very morbid, because the Sallinen [piece] is a funeral march and then there’s the trampled garden [in Mozetich’s piece]. When we are at this stage in life, we tend to ponder about mortality more seriously. The trampled garden doesn’t refer to us, but rather, the journey through the garden of life. People walk through it all the time. How do we survive that? How do we come out stronger without being tread upon until we die? The music seems to convey a certain refusal to succumb to pressures.

Throughout the 25 years, we’ve had our challenges. It’s not easy being a performing group in Singapore, particularly if you’re classical musicians. But we’ve survived! At one point, we were not in the public eye for a long time because we were teaching, so it feels nice to finally be back. 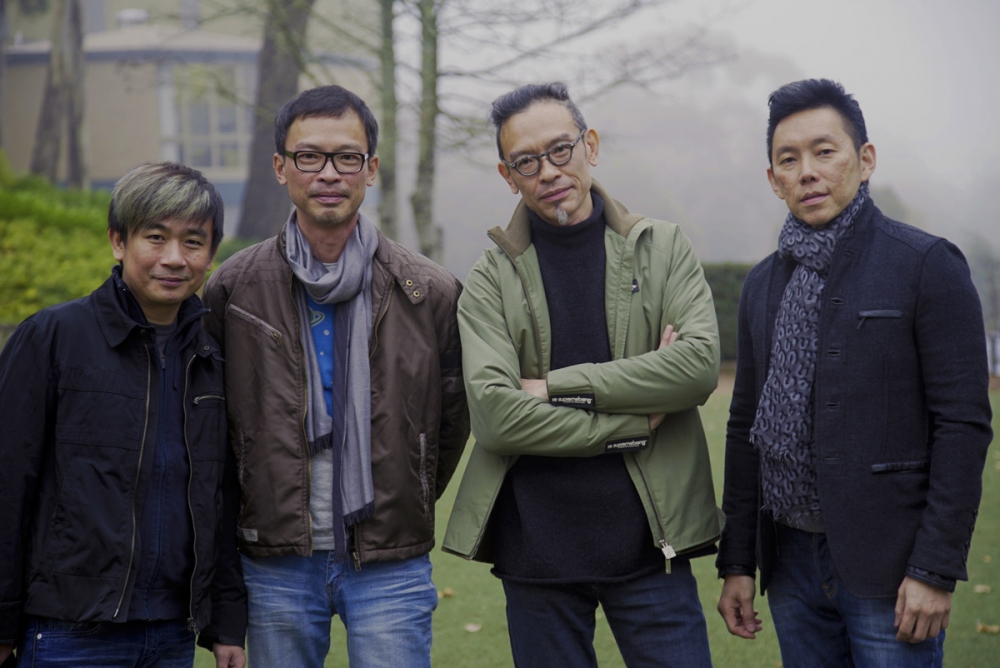 Trampled Souls will be available for streaming on all major streaming platforms and digital purchase on iTunes Store from 28 July 2017.

T'ang Quartet will also be performing Trampled Souls at one of Singapore's historic monuments, the Armenian Church on 30 July!