Every Brilliant Thing - Interview with Shaifulbahri Bhumi Collective is excited to present Every Brilliant Thing, a monologue written by Duncan Macmillan. This play has grown to be a critical hit in the UK especially at the Edinburgh Fringe in 2014 & 2016, and has received rave reviews internationally. This will be the first time the play is staged in Singapore.

The play is the story of how a boy decides to come up with a list of 1000 brilliant things for his mother who is suffering from depression and has suicidal tendencies. The intimate play with its in-the-round setup also means some audience members might find themselves as part of the story!

We speak to Producer/Director Mohamad Shaifulbahri about his directions for a play that attempts to surface the dark subject of suicide and depression, and whose theatre form hinges heavily on audience participation.

1.   The original play has the audience play a major role in the performance. Is that so for your rendition? What do you see the ‘audience' as?

Yes, we're maintaining the set-up of our adaptation as an in-the-round too – everyone will get to see one another in plain view throughout the show. At the heart of the play, a boy is trying his utmost to remind his mother of a human connection that exists between him and her. The list (of brilliant things to do) is his way of reminding her that there are many reasons to live for. The audience participating in the piece is an extension of this; at the end of the day, we're all human beings who are connected to each other in one way or another. Sometimes, we just need a little reminder that a little human touch can go a long way in making a difference in a day, in our lives. 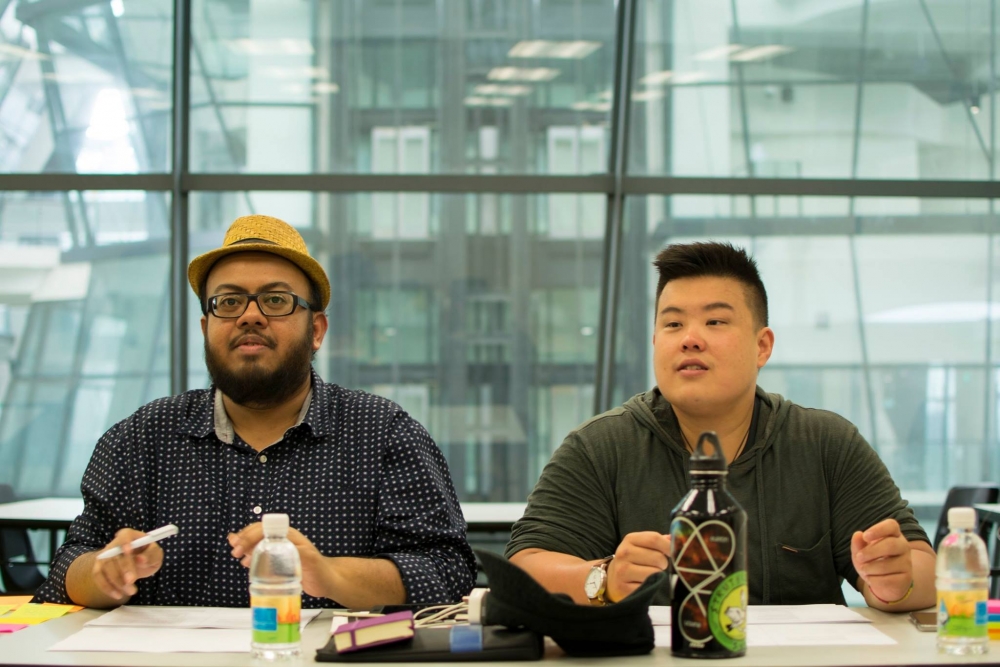 2.   What do you make of the 'British humour' in the original playscript? Will there be any adaptation to localise the context?

We've gone through the script several times now and we're not really changing much (The playwright in his foreword, encourages the localisation of the adaptation to the city it's presented in). The humour is pretty universal but keep an ear out for a local reference or two!

3.   How do you, as the director, approach the topic of mental illness which is central to the play, in the context of the play?

I think what's central to the play is also the issues a caregiver faces, and the impact of caring for a family member who is suffering from a mental illness. Over the years, I've come to know friends who are struggling with mental illnesses. But I've also found instances where I've felt helpless because beyond asking how they are, being there for them and all, I feel like I'm not doing enough. This play is a sort-of ‘helping hand’ that I'm reaching out to say that I care; I'd like to know how else I can help, and the one way I know is, perhaps, using the medium I know best - theatre.

4. Does the team feel an increasing need to put this topic on the table? We've just caught Benedict Leong's (Blue Bean Productions) Dear Jay, also centering on the topic of mental illnesses. (Also, this play prompts thoughts of Haresh Sharma's heart-wrenching Off Centre...)

Most of the works we've seen in Singapore over the last few years have centred around characters who are suffering from different mental illnesses. They've also tackled the issue in a more serious manner. Next to Normal was probably a show that tried looking at how the central character's mental illness had an impact on everyone in the family. We felt Every Brilliant Thing would be a perfect addition to the canon as it approached it from the caregiver's perspective and one that's laced with a little more comedy and light-heartedness.

Further to this, the experience of directing an adaptation of Off Centre under Yellow Chair in 2012 (which Andrew was also in, and the first time we worked together!), showed that stories to do with mental illness need to continue to be told. We had many people reaching out to the team privately through Facebook, email and text messages after the show thanking us for telling their story on stage. It's one thing to tell the stories themselves on stage, it's another thing to find yourself represented.

Mohamad Shaifulbahri – Producer/Director
Shai is a creative producer and arts educator from Singapore who is currently based in London. He holds an MA in Creative Producing from the Royal Central School of Speech and Drama. He founded and was the Artistic Director of Yellow Chair Productions and recently started Bhumi Collective, which staged its debut production at the Edinburgh Fringe Festival in 2016.

His credits include:
UK: PIAF (Charing Cross Theatre), everything that rises must dance (Resolution 2016), bhumi (Edinburgh Fringe)
Singapore: The Last Five Years, Off Centre, Those Who Can't, Teach (Yellow Chair Productions), Lord of the Flies, Everything but the Brain (Sight Lines Productions)

Bhumi Collective is a not-for-profit multi-disciplinary performing arts company that develops and produces inter-cultural and transnational work between artists from different parts of the world who have all converged in Britain and Singapore. We intend to tell and stage stories that bring to the forefront the lesser seen, lesser heard or lesser talked about, stories that embrace our differences in race, religion, colour and circumstances and stories that celebrate what makes us human.

Adopting the word bhumi (meaning soil/earth in both Sanskrit and Malay) in our name is therefore reflective of the ever-changing face of the world’s society – a fertile ground where the seeds of culture of our future will be planted and on which citizens of the world can collaborate and thrive.