At the rehearsals - The Spirits Play 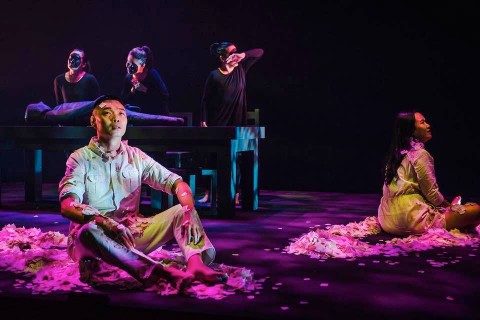 I caught The Spirits Play in 2015 in a smallish Drama Centre Black Box. Recalling the show, I remember loving how director Oliver Chong interspersed the monologues from the three main victimized characters of the war story, instead of sticking to separate monologues originally written by Kuo Pao Kun. But the play was intensely dark, a little heavy and straining on the audience’s state of mind. Gathering from the 2015 reviews from several common man blogs, and my own take, the emotional outbursts from the cast were a little one-dimensional and draining the audience’s energy. I could imagine it must have been draining for the performers as well. 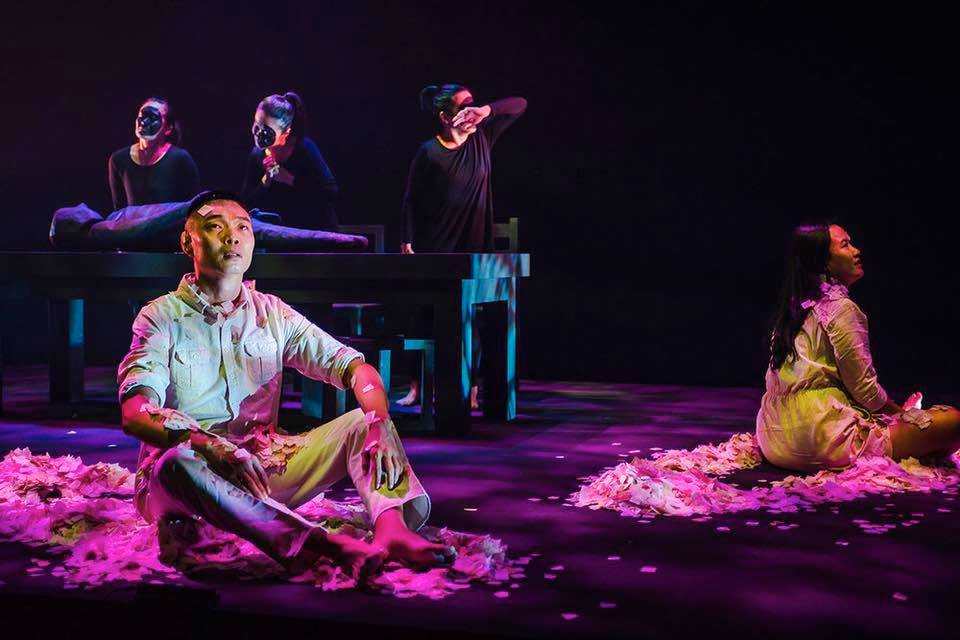 Fast forward to October 2017, I am sitting in Centre 42’s Black Box, watching Chong’s new take on the same play, boasting of the same cast. And surprise, the new rendition sweeps away all of the bad feelings I had from two years ago, giving way to a cleaner storytelling, packing shorter, but more impactful punches, with no loss of intensity. The dialogues and monologues are further rearranged in shorter bursts, and more meaningful interactions between the protagonists’ speeches.

One of the highlights of catching the rehearsal in such an intimate Black Box, is the sublime one-man live orchestra helmed by award-winning Darren Ng. I finally understand the term ‘award-winning’ and saw with my own eyes (and ears) Ng’s sensitivity to sound as a mode of storytelling, rather than it being complementary to the story. I also witnessed his conviction for sound design: He built his own electroacoustic machine from scratch, inspired by ‘The Apprehension Engine’ constructed by music composer, Mark Korven (and luthier Tony Duggan-Smith) for the supernatural-horror movie The Witch.

Ng’s apprehension machine plays beautiful rings and tones, sculpting an immersive soundscape for The Spirits Play, as if it were part of the physical set. I wouldn’t say that his music is apprehensive, or dissonant, they sounded more like Tibetan bells and chimes, very aptly painting a picture of ritualistic ceremony for our five ghouls. At the same time, the strong resonating notes set the momentum of the play. His choice of score matches the stylised concept of Chong’s directions for the upsized Spirits Play perfectly.

Bringing the play from an intimate Black Box to the upscale Victoria Theatre, director Chong reveals that he will be adopting a more stylised approach. I fathom that he means the play is moving towards a more unrealistic or less naturalistic form, streamlining the play by reducing to simple details. I suppose that is a good move (from what I saw in the rehearsal) that lessens the draining emotions at play, allowing the energy of the cast to reach out to a crowd four times as large.